Unsavory businesses have targeted Black and Brown communities for decades – if not centuries.

Non-bank lenders and other businesses have pushed higher interest rates, premium prices for inferior products, and confusing and onerous terms on communities struggling from years of disinvestment, racist policies, and lower pay for equal work. For example:

Those barely getting by have paid incredible premiums whenever their paycheck just isn’t enough to make it another few days. It is no coincidence these communities are also banking deserts populated by alternative financial service providers.

Wealthier, white neighborhoods have pristinely designed bank branches, while Black and Brown neighborhoods are often lined with the bright signage of check cashers, payday or title lenders, and pawn shops. The contrast is a physical reflection of the racial and ethnic wealth gap.

WeProsper is a coalition led by three major nonprofits in Chicago that started in 2021 to end these predatory lending practices in Chicago and statewide.

Thanks to the leadership of the Illinois Legislative Black Caucus and Governor JB Pritzker, Illinois recently joined 17 other states and the District of Columbia to enact a 36% rate cap on personal loans. Ours is now one of the strongest regulations in the country. However, in other places these regulations have been weakened by follow-up legislation. To be effective, the law must be protected and implemented across all non-bank lenders in Illinois.

For years, these practices continued in Illinois with little improvement. This is because the companies involved have used their substantial profits to lobby hard to maintain the status quo. While polls show the general public is against exorbitant interest rates, few people know about the extent of these practices. There are still other industries in our state where wealth is being stripped from Black and Brown communities through unfair financial practices.

WeProsper is here to share information and counter behind-the-scenes influence. The initiative is led by three nonprofit partners based in Chicago:

Woodstock Institute is a leading nonprofit research and policy organization in the areas of fair lending, wealth creation, and financial systems reform. Woodstock Institute works locally and nationally to create a financial system in which low-income families and communities of color can safely borrow, save, and build wealth so that they can achieve economic security and community prosperity. 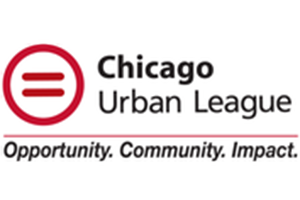 The Chicago Urban League works to achieve equity for Black families and communities through social and economic empowerment. Our programs are designed to support and strengthen our community. We help people find jobs, secure affordable housing, advance their education, and grow their businesses. 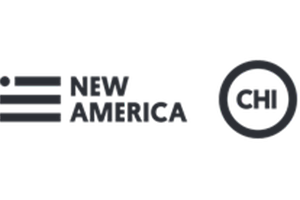 New America Chicago is a nonpartisan policy innovation lab. We bring together community leaders, thought leaders, and policymakers committed to finding practical solutions to community challenges, particularly those related to work, income, and inequity. Based at The Chicago Community Trust, our team connects people in underinvested communities to policymakers and those in power to inform policy. We work to make sure technological and social change work in the interest of all Chicagoans.